DomeDrum is an open source MIDI controller, which was created during the course «Musical Interfaces» together with Tim Pulver and Fabian Althaus. 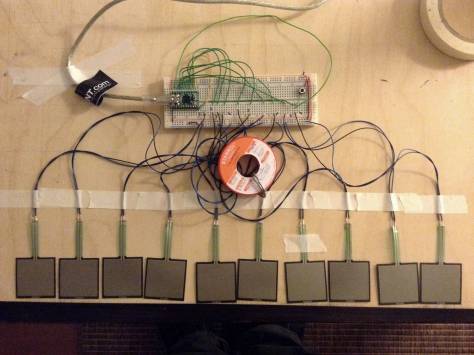 We felt there was a lack of energetic MIDI-controllers, most of the controllers we knew are designed to be played using only your fingertips. If you compare a controller like this (Akai MPC e.g.) with an analog djembé, it’s not hard to see how much energy and dynamic is lost on the way from your mind to the computer. We wanted to create a controller which can be played like one of the drums we love to play, something which feels solid, where you should not be anxious about breaking it if you let yourself go. We tried to give the DomeDrum as much analog feeling as possible, some of it worked some did not. 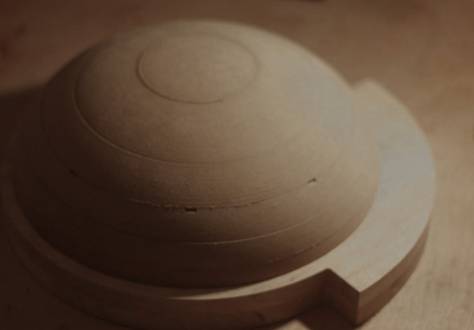 Our initial goal was it to use the whole surface as one big drumming area, on each hit we wanted to locate the position and map it to one or more parameters of the virtual instrument being played, e.g. when playing a virtual djembé, the middle of the controller should be full of bass, while the sides should be more trebly, much like a real drum. For this we planned to use as many sensors as needed, to make every spot on the surface reactive. We then wanted to interpolate between different sensors to determine the position where a hit occurred. This didn’t work out, because of multiple reasons: We didn’t have enough money to buy the amount of sensors we needed. Another problem was, that the sensors’ amplitudes differ between their middle and their sides, so it was not so easy to interpolate between the different sensors and so to use the whole dome as one big sensor. 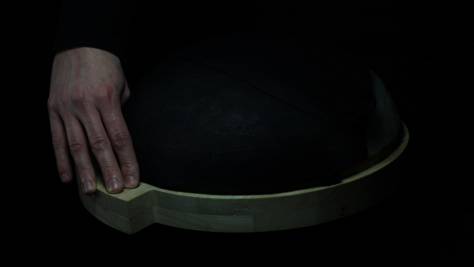 As we noticed our initial plan was not working as expected, we tried to focus on another aspect we missed on most controllers – the possibility to play it together. The DomeDrum should not be played sitting on a desk in front of a computer, it should be put in the middle of a room with multiple people around it jamming together. So every user had different zones he could play. In our tests three people could easily play together. 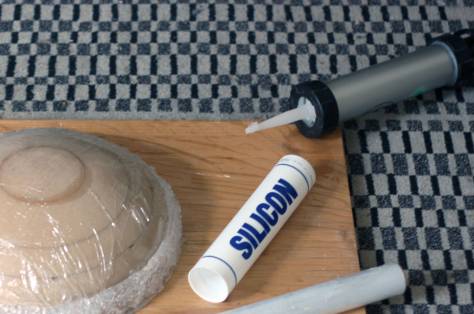 The body of the DomeDrum consists of wood. It was important to us for it to feel solid, wood was a good choice here. As Fabian has some experience with milling, we could create the ideal body for our purposes. The «hat», as we called it, consists of silicone. It is flexible and not hard, if you hit it, your hand bounces back, similar to the skin of a drum. 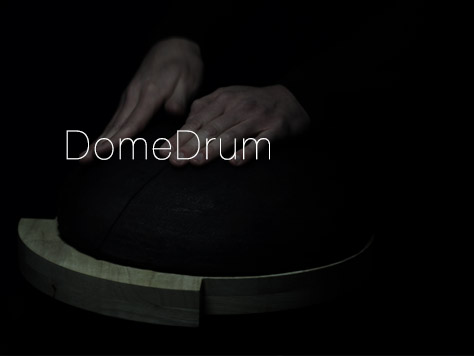 On the side of the DomeDrum, we had a special area, which could be used as a fader, for example to control a delay filter. For this to work, the thickness of the wood there differs, it’s slightly increasing from one side of the fader to the other. Below it there is a capacitive sensor.

Overall we were happy with the result. We noticed a lot of things which can be improved tho. Maybe there will be a v2, let’s see…

If you feel like building a DomeDrum yourself, have a look at our repository on Github: github.com/subtub/DomeDrum.

Some things we noticed on the way: